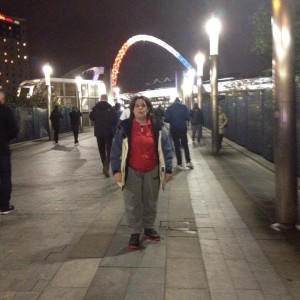 I had a tear in my eye on Tuesday night when I heard the French national anthem at Wembley Stadium. A former member of Daniel’s Den was there with her teenage daughter – proudly singing in her mother tongue.

Alex came to Daniel’s Den years ago and her French accent could be heard well before she entered the room! There was lots of banter especially when it came to football – Daniel’s Den usually has fans from most teams in any World Cup! We congratulate and commiserate with each other.

We’ve not had many French families.

I recall one day seeing a young lady standing in my children’s school playground with a baby in a buggy. I went over to invite her to Daniel’s Den but she shook her head – clearly she didn’t understand my Yorkshire accent (or English). I found out she was French and an idea popped into my head.

I rushed to Daniel’s Den and asked Alex to write a letter in French, introducing herself, Daniel’s Den and giving this girl an invitation to come to one of our sessions. When I handed the letter over to her, the smile on her face spoke a thousand words.

Sophie came with me to Daniel’s Den with her little baby and she met Alex and other members. 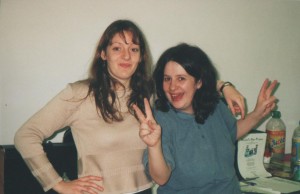 A year later she left. A new life in a new place. However she cried as she waved goodbye.

She left ‘my second family’ (her words not mine)!

She left having felt she had played her part in building community. Volunteering to set up, organise crafts, going out for meals etc.

She left laughter – given and received.

I hope she found connections where she went. We’ve lost touch.

We haven’t been able to keep in contact with all the 3000+ families reached but one thing we do know – that ‘French connection’ made a difference to one family for one year.

We use cookies to ensure that we give you the best experience on our website. If you continue to use this site we will assume that you are happy with it.Ok